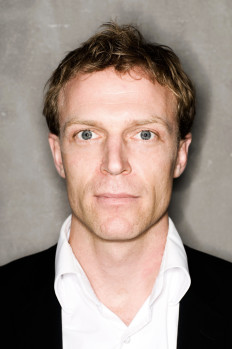 Of Swedish origin, Jakop AHLBOM lives and works in Amsterdam. He studied mime at TheaterSchool Arts in Amsterdam. He develops a magical, surreal theatre, his work is a mix of gesture, music and illusion. His company is composed of a group of faithful artists – actors, dancers, musicians, playwright, designers.

Since the year 2000 his creations such as VIELFALT (2006) ; INNENSCHAU (2010) ; LEBENS- RAUM (2012) ; LIFE USER’S MANUAL (2013) have received numerous awards and distinctions, as the VSCD Mime Prize, a Dutch Theatre award. Jakop regularly intervenes as director on other projects : HOFFMANN at the Deutsche Oper in Berlin (2013), or DER PROZESS in Mainz (2015) or choreographer in the short movie OFF GROUND with Louise CAVALIER (2014).

He is also associated artist of ICKamsterdam – Emio Greco & Pieter C. Scholten (artistic directors of the Ballets de Marseille since 2014). This will lead to a coproduction in 2016.