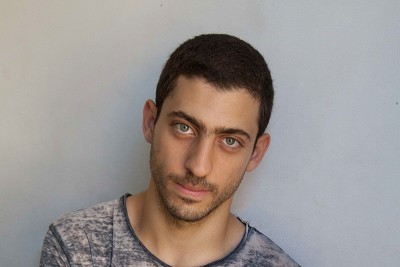 Adi Boutrous was born in Beer Sheva. He studied at Matte Asher School for Performing Arts in Kibbutz Gaaton, followed by the “Maslool – Professional Dance Program.”
He made his name as a dancer and choreographer in Israel before presenting his works on international stages. His choreographic works have been performed in Théâtre de la Ville – Paris, Lyon Biennale de la Danse, Belgrade Dance Festival, Julidans Festival, among others.
Adi received first prize in the Shades of Dance Festival 2013 for his debut choreography What Really Makes Me Mad.
Boutrous is a vinyl collector and Music Selector. His musical expertise focuses on the years 1950-1979 and traverses the Middle Eastern, West African, Caribbean and Latin genres.